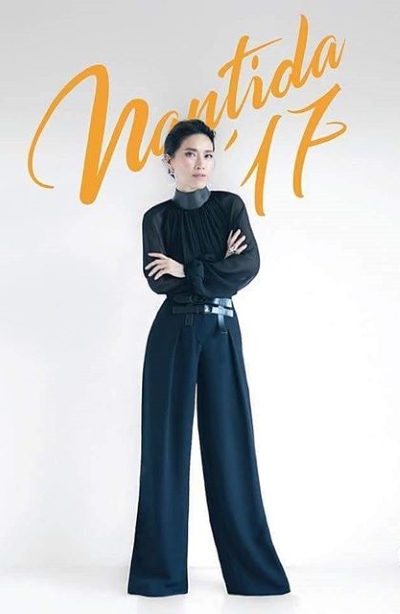 I know this album has been out for several months now, but I’m finally getting around to listening to it in its entirety~
Nantida Kaewbuasai is one of Grammy’s oldest pop divas, and I was happy to see her still doing her thing and making a comeback after an 8 year break since her previous release.
Whether you were a fan of Nantida from her beginnings in the 80s, or if you’ve just recently discovered her, I think ’17 an excellent showcase for how far she’s come in both the music industry and everyday life.

Two songs have been released as single so far; the first one is the second track, “แค่เธอบังเอิญรักเขา / Kae Tur Bungern Ruk Kao (You Just Happened to Fall in Love With Her),” which is a powerful ballad with a “se la vie” attitude to it; it’s no one’s fault our relationship faded and you fell in love with someone else, such is destiny. Go love her and don’t feel bad~ I’ll move on. Some relationships weren’t made to last, and getting upset or clinging on to them does no one good. The second single was the jazzy, upbeat “เธอคือเพลง / Tur Keu Pleng (You’re the Song),” which is a sweet, non-romantic love song for her daughter and mother (and also a play on words, as her daughter’s name is Pleng).

Beyond the singles, the rest of the songs on this album have great lyrics, passion, and a variety of subjects that could all hold their own as singles, if she plans to release any more.

For broken hearts, there’s the tracks “GOOD MORNING – HELLO – GOODNIGHT” and “ล้างหัวใจให้สะอาด / Lahng Hua Jai Hai Sa Aht (Washing My Heart Clean),” which are sad numbers about getting over a breakup, getting used to being alone, dusting your heart off, and preparing to start over again.

For romantics, there’s her songs “ไม่มีใครรู้หรอก / Mai Mee Krai Roo Rauk (No One Knows),” about wanting to keep things simple; don’t make elaborate promises, just love each other the best you can day by day, and “ติดปีกที่หัวใจ / Dtit Bpeek Tee Hua Jai (Sticking Wings to My Heart),” for those willing to stick out long-distance relationships.

For any fans of bitter songs, her track “ขั้นตอนความเสียใจ / Kun Dtaun Kwahm Sia Jai (The Grieving Process)” is a deliciously passive-aggressive retort for an ex who comes slinking back with their tail between their legs after the person they left you for dumps them.

The track “ก็แค่เกม / Gor Kae Game (Just a Game)” is a nice song about how life is just a game with happy and sad moments, but no matter what, you have to keep playing.

And lastly, my favorite song off the album is her song “เท้าเปล่า / Tao Bplao (Barefoot).” This is the only other song on the album that is more upbeat, besides the second single, and I love it not only because it’s catchy, but it also has a brilliant metaphor; Men are like shoes; we shouldn’t force ourselves to grit our teeth and endure ones that are too loose, making us trip and stumble, or too tight, causing us pain and suffering, just because we think they look pretty. Take ’em off; there’s nothing wrong with going barefoot for a while and enjoying it until you find a pair that fits perfectly~

In total, I think I would rate this album a 7/10. While I know Nantida has always been known for her pop ballads, and I definitely love her voice for them, with her deeper, huskier voice that’s such a nice contrast from the thin, reedy, wispy ones commonly found in female singers, all in all, I would have liked if there were a tiny bit more variety in the songs. Aside from the two singles, “เท้าเปล่า / Tao Bplao (Barefoot),” and “ล้างหัวใจให้สะอาด / Lahng Hua Jai Hai Sa Aht (Washing My Heart Clean),” which had a nice echoing affect to her voice that gave it more dynamic, her vocals were pretty much constant throughout the rest of the tracks, and a lot of the songs sounded like they were written in the same key, so listening to the album through as a whole made them run together a bit and hard to stand out, although all of the tracks have well-written, emotional lyrics, which is why I still give this album a high score. In total, it’s a solid release with the great Nantida flexing her muscles and showing she’s still perfectly capable of keeping up with the younger generations of artists.

If you want a hard copy of your own, you can purchase the genuine thing here from eThaiCD.com, or it is available for digital download on iTunes as well. Please support the artists and acquire your music legally 🙂 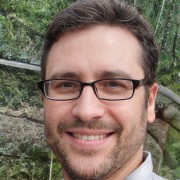